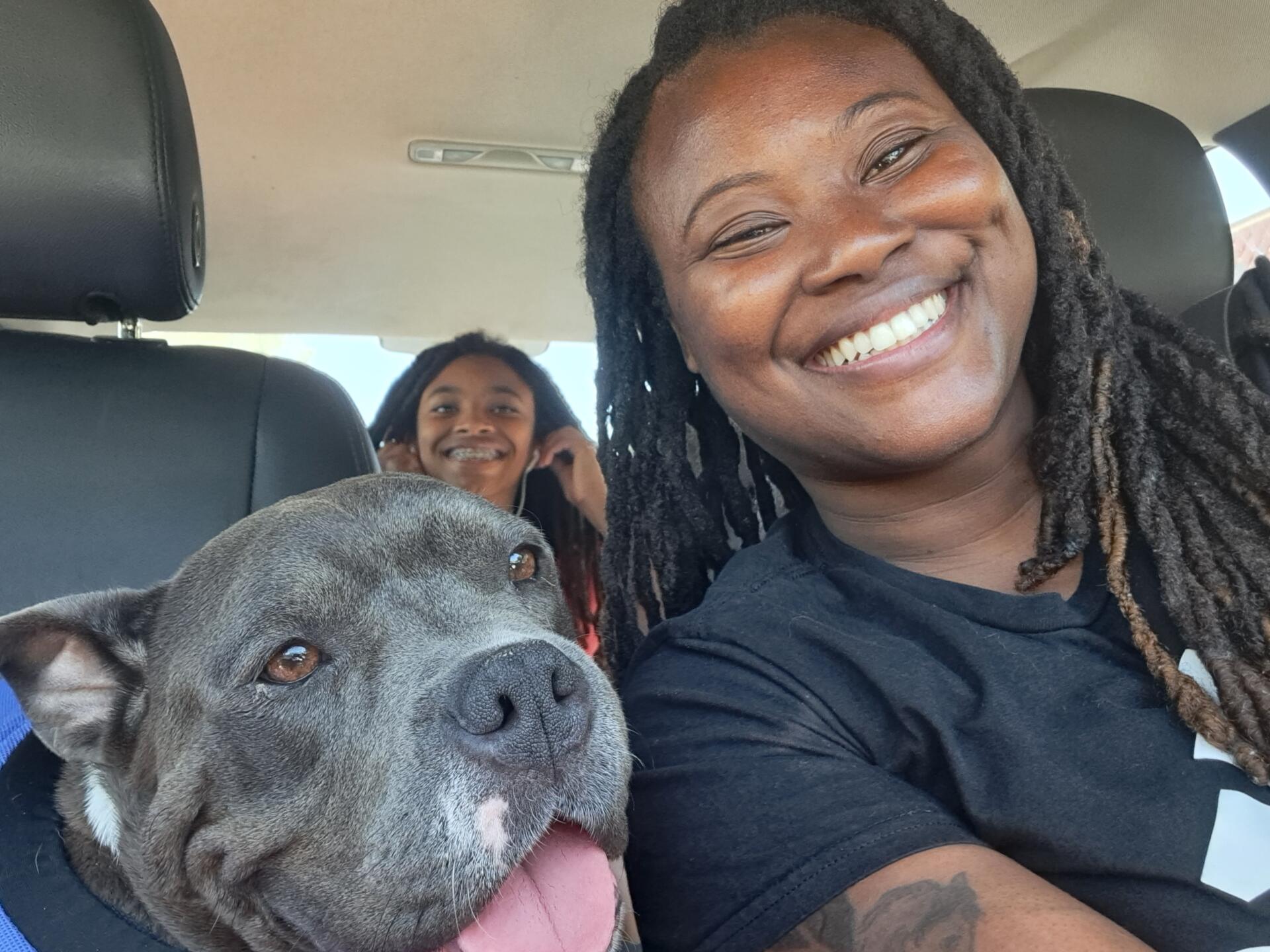 Berri and her family are all smiles now, but it has been a hard last 6 months.  Berri had started losing weight and just not feeling well – about 2 months after she had been spayed.  A diagnostic workup showed that her white blood cells were reacting to something and a fluid-filled mass-like structure was found in her abdomen on ultrasound.  Suspicious that her signs started after being spayed and she was a young American bully, there was a concern that something was left behind during the spay causing her illness.  Unfortunately, Berri’s mom didn’t have the funding for the exploratory surgery that could cure her.  SAGE Compassion for Animals was able to partner with the team at Veterinary Emergency Group to get the needed surgery and aftercare.  Dr. Dombrosky performed the surgery and found that part of Berri’s ovary and uterine tube remained and was causing a cystic build-up of fluid and inflammation – once this was removed, Berri was back to her smiling self!!