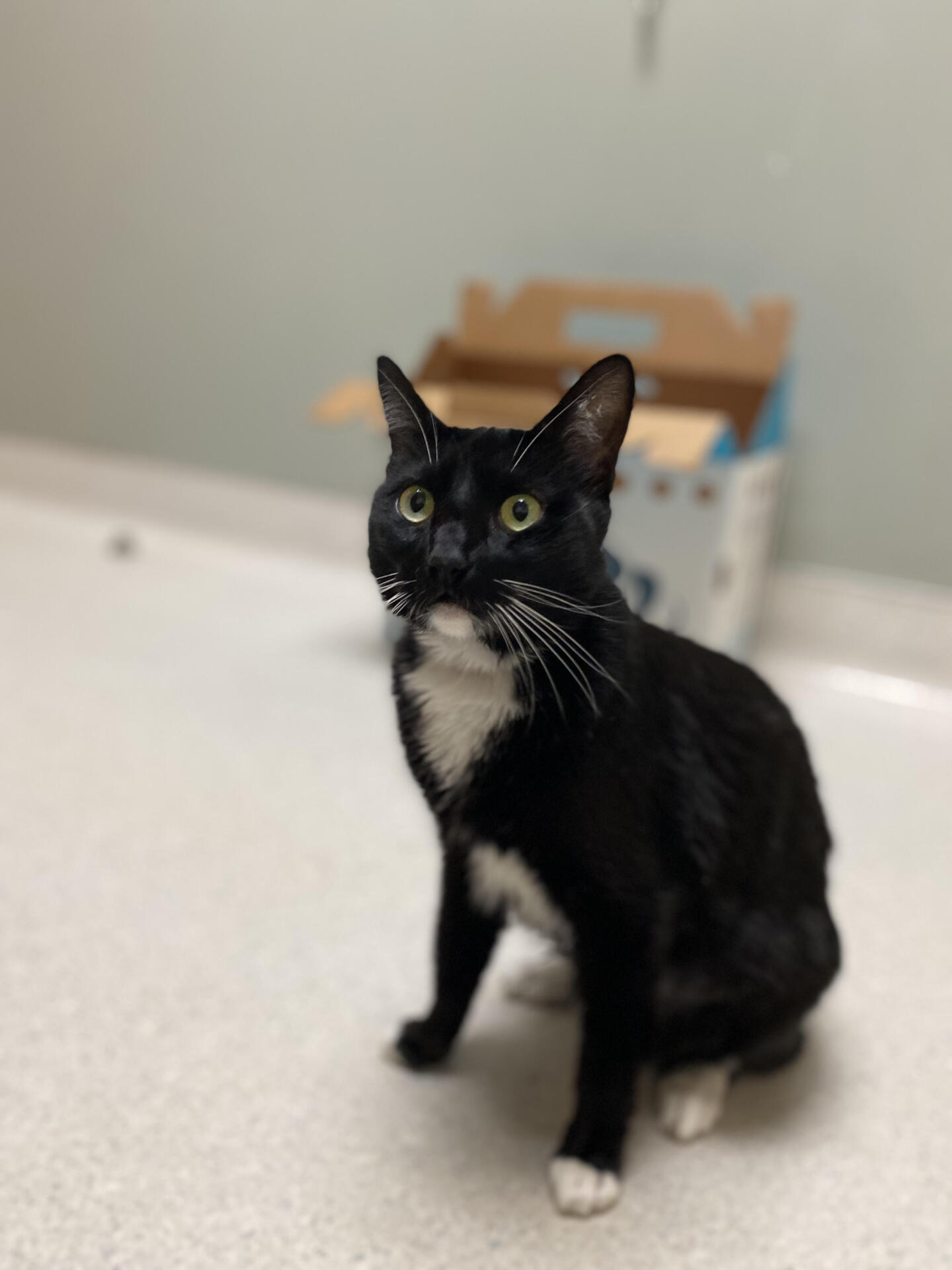 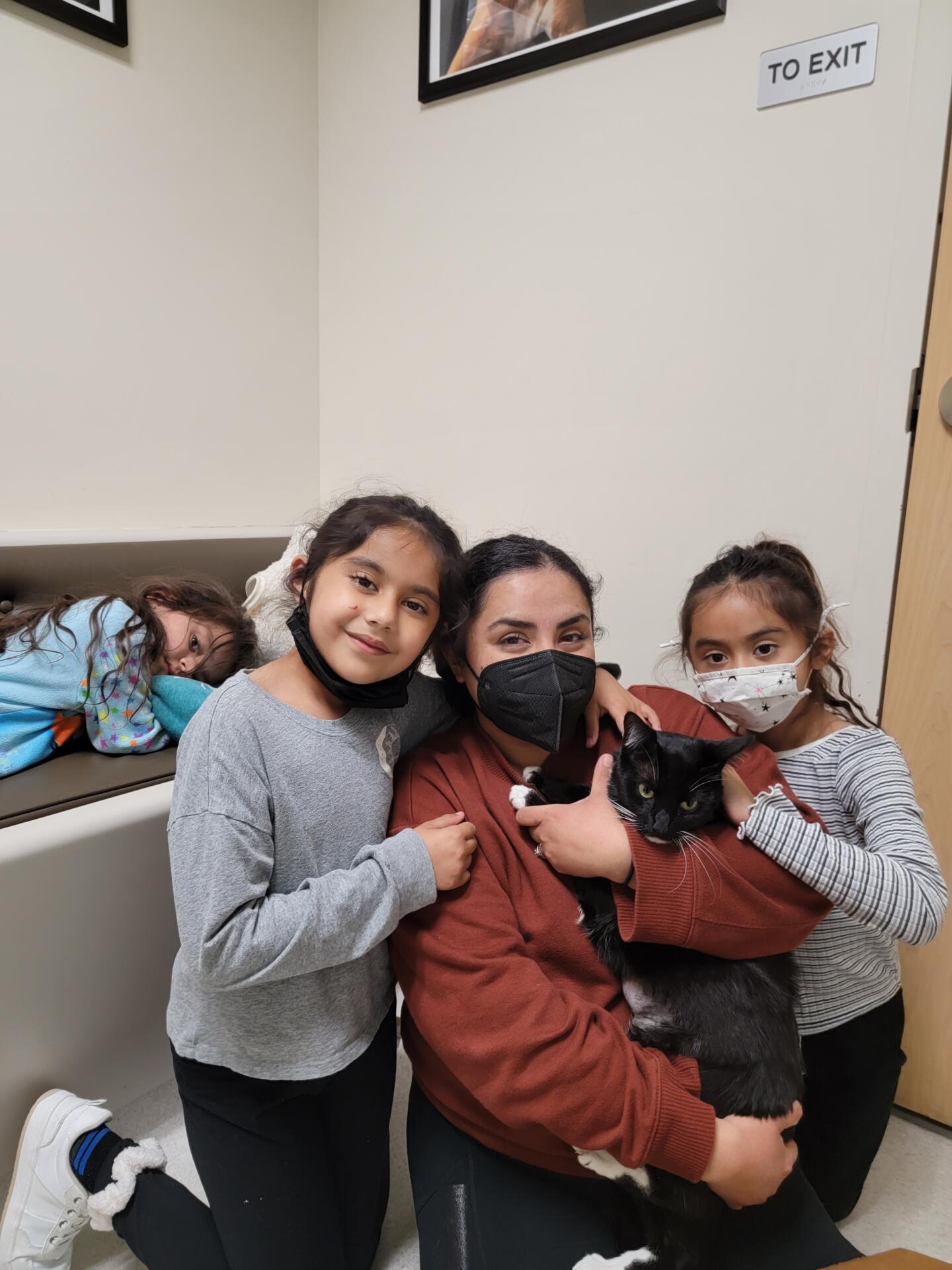 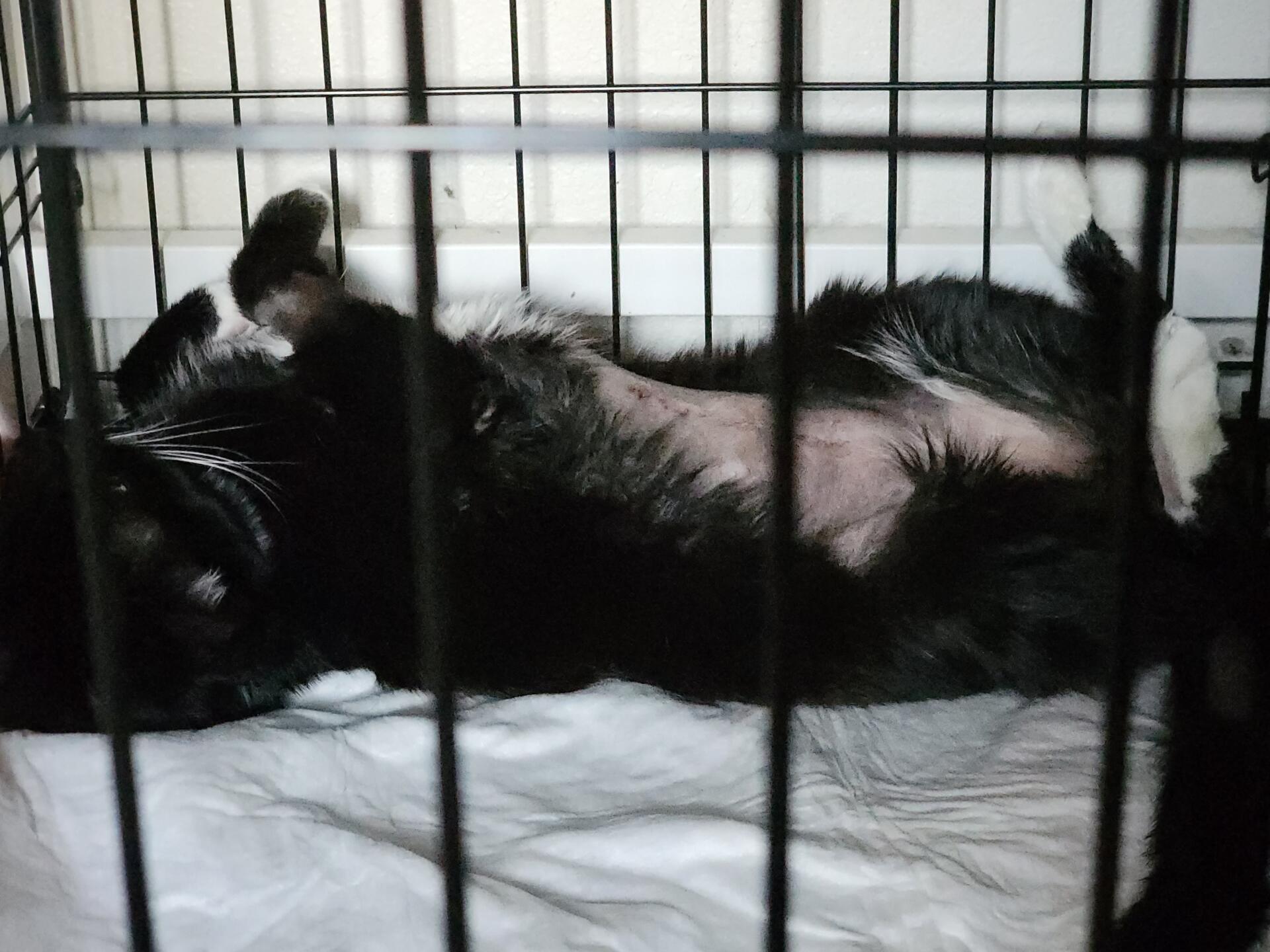 Jasper started vomiting and his Mom took him to see the SAGE Veterinary Centers Campbell team on emergency.  Ultrasound showed that he had eaten something he shouldn’t have and it was obstructing up his intestines.  Jasper’s mom was so worried that she could not pay for surgery that she might have to give him up – she was a student and her husband was at home with a work injury.  Dr. Kim, ER doctor at SAGE Campbell, recommended that the family reach out to SAGE Compassion for Animals.  SAGEC4A was able to issue a grant, the SAGE Campbell team offered a generous discount, and Jasper had his surgery – which was a good thing as a piece of string had wrapped around his tongue and then traveled all the way through his intestines causing them to bunch up.  Some of his intestines had to be removed because they were so damaged!  Jasper is now at home, sleeping on his back like normal, and being loved on by his human sisters!