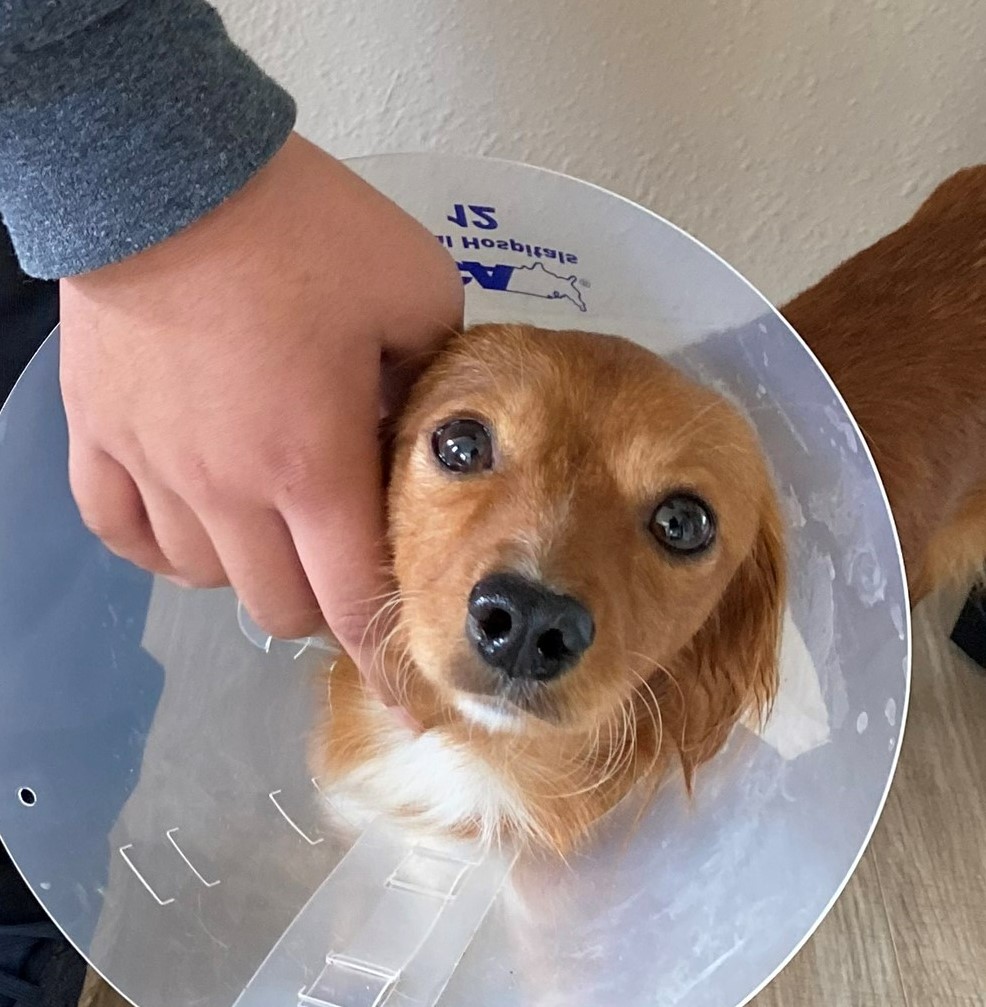 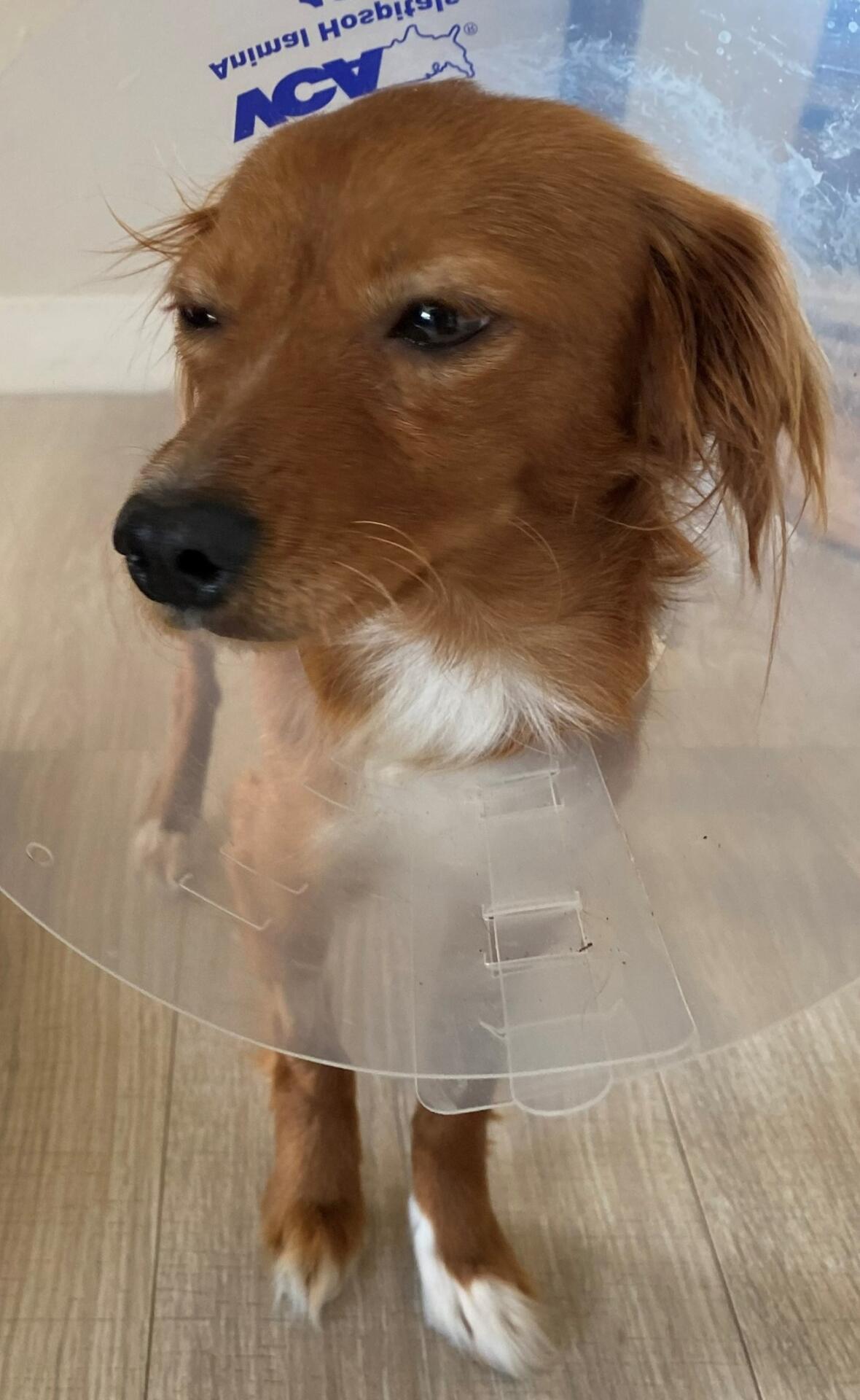 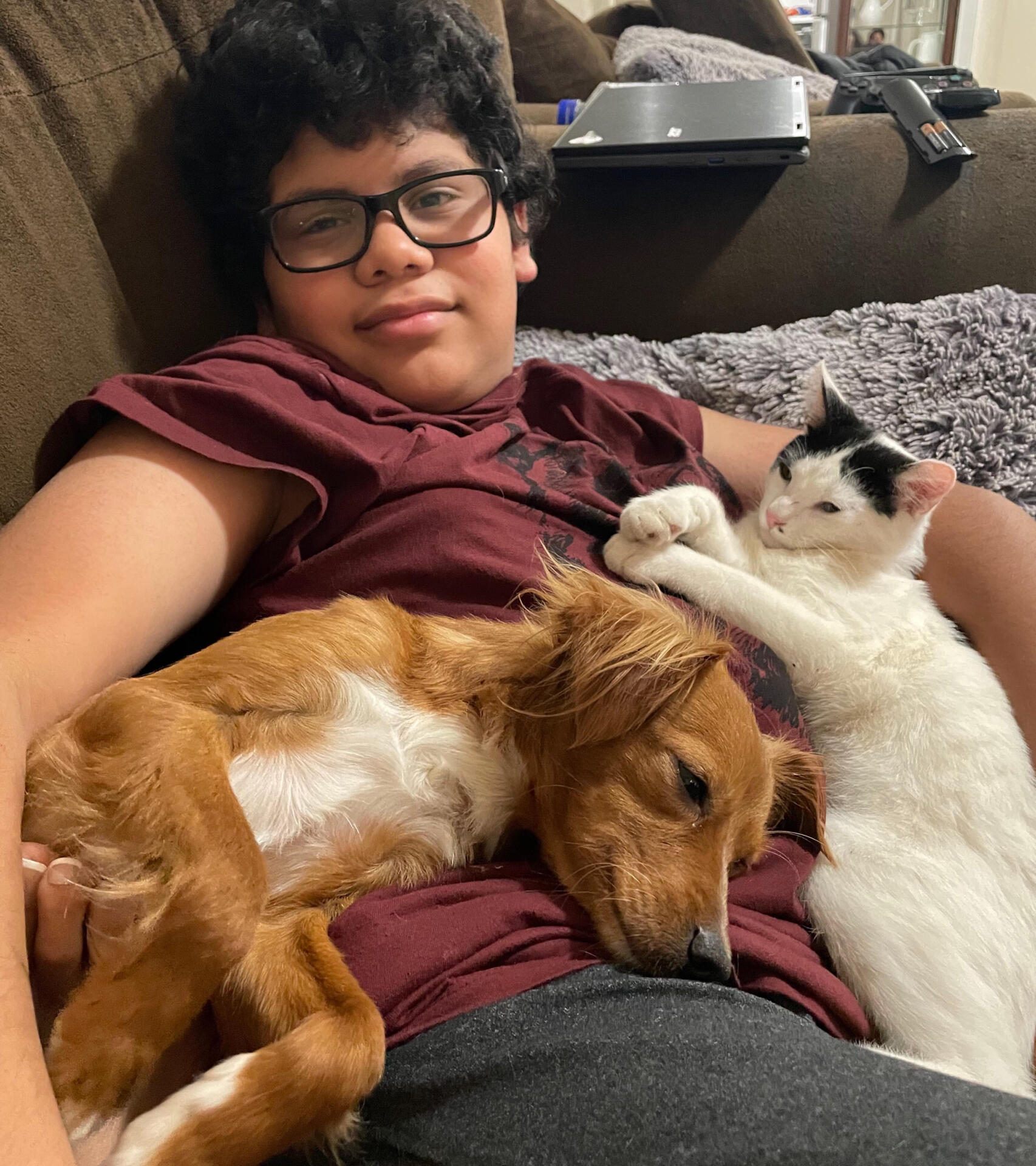 Lily joined the family when she was a puppy – she had been adopted from another home and she was very skittish and afraid of everything.  She quickly became the favorite of the son in the house where she spent 99% of her time.  A couple of months ago, she got out and even though she returned a few hours later…..that was all it took for her to become pregnant!  Her family didn’t suspect until much later when her belly was getting bigger and unfortunately, after going into labor, she was unable to deliver any pups.  By the time she made it to Animal Care Clinic, she was pretty ill and it was obvious she needed surgery.  Dr. Evans was able to do surgery that evening, but the family needed help with costs.  SAGE Compassion for Animals was able to approve a grant for Lily so that she could have surgery as soon as possible – which turned out to be life-saving as Lily’s uterus had ruptured!  Unfortunately, the puppies couldn’t be saved, but Lily was – and she was spayed at the same time to prevent further mishaps!