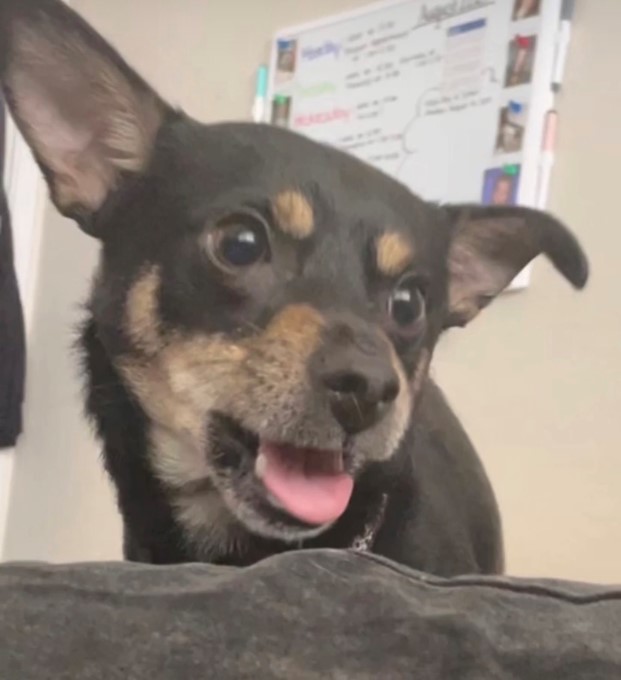 Nino had been rescued from Mexico where he was being neglected by his mom and he was the sweetest boy!  Unfortunately, he was in an accident and his eye so severely injured, that it was almost out of its socket.  While the eye couldn’t be saved, Nino was in such pain that it did need to be removed.  Nino’s mom reached out to SAGE Compassion for Animals and we were able to offer a grant.  Dr. Jean Goh at Animal Fix Clinic was available to do the eye surgery and neuter Nino at the same time!  Neutering was important for Nino’s long-term health, not to mention curbing his roaming behavior!, because he was cryptorchid – his testicles were retained.  These dogs have a higher risk of testicular cancer and it’s an inherited condition so it was very important that Nino have both surgeries done.  Nino is at home recovering now!