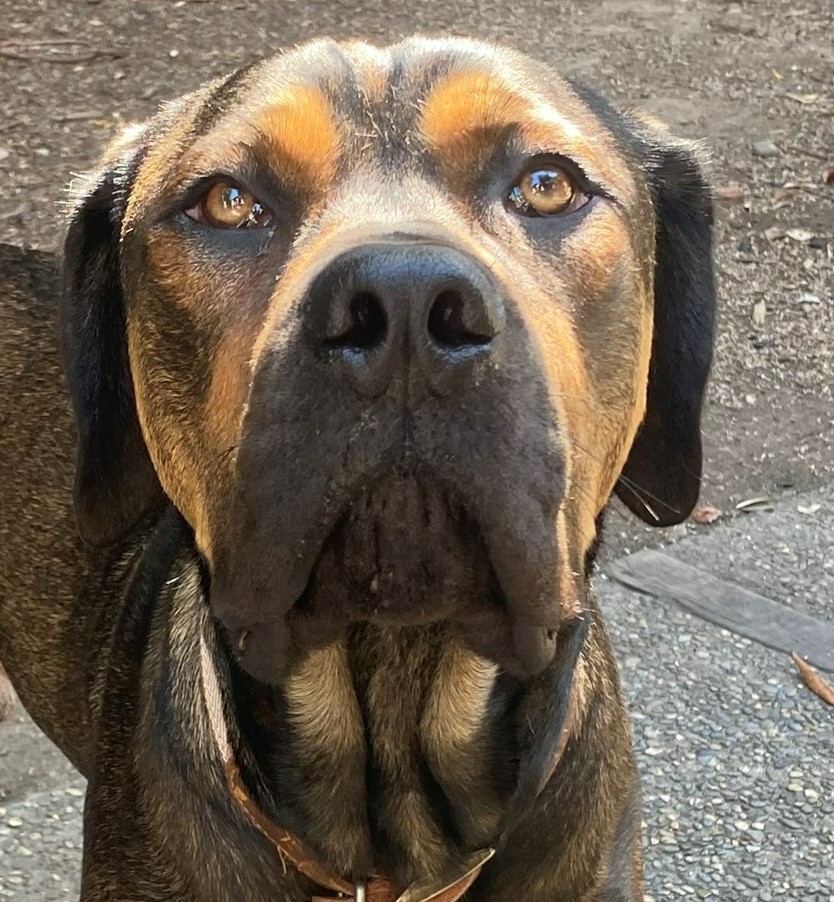 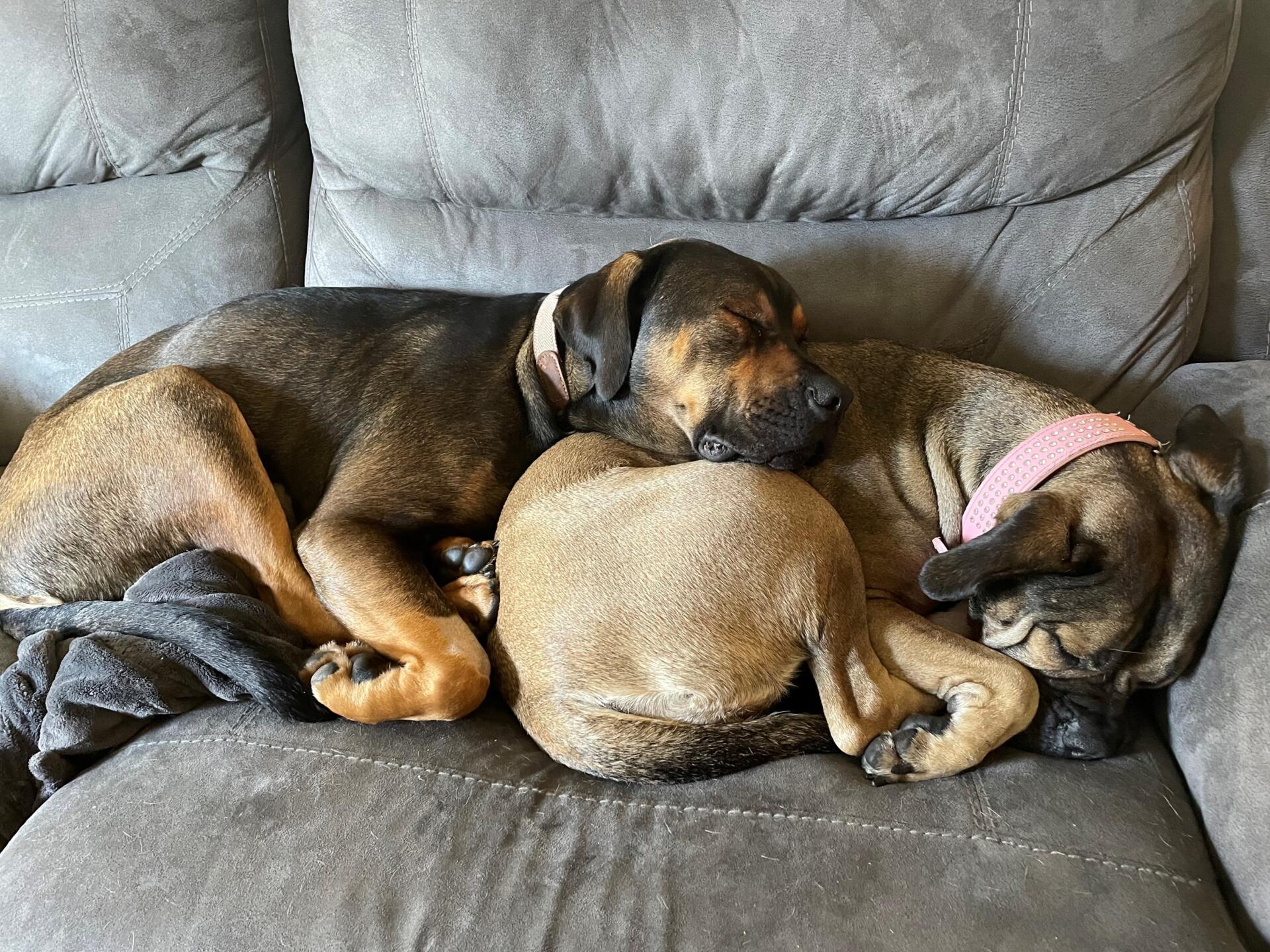 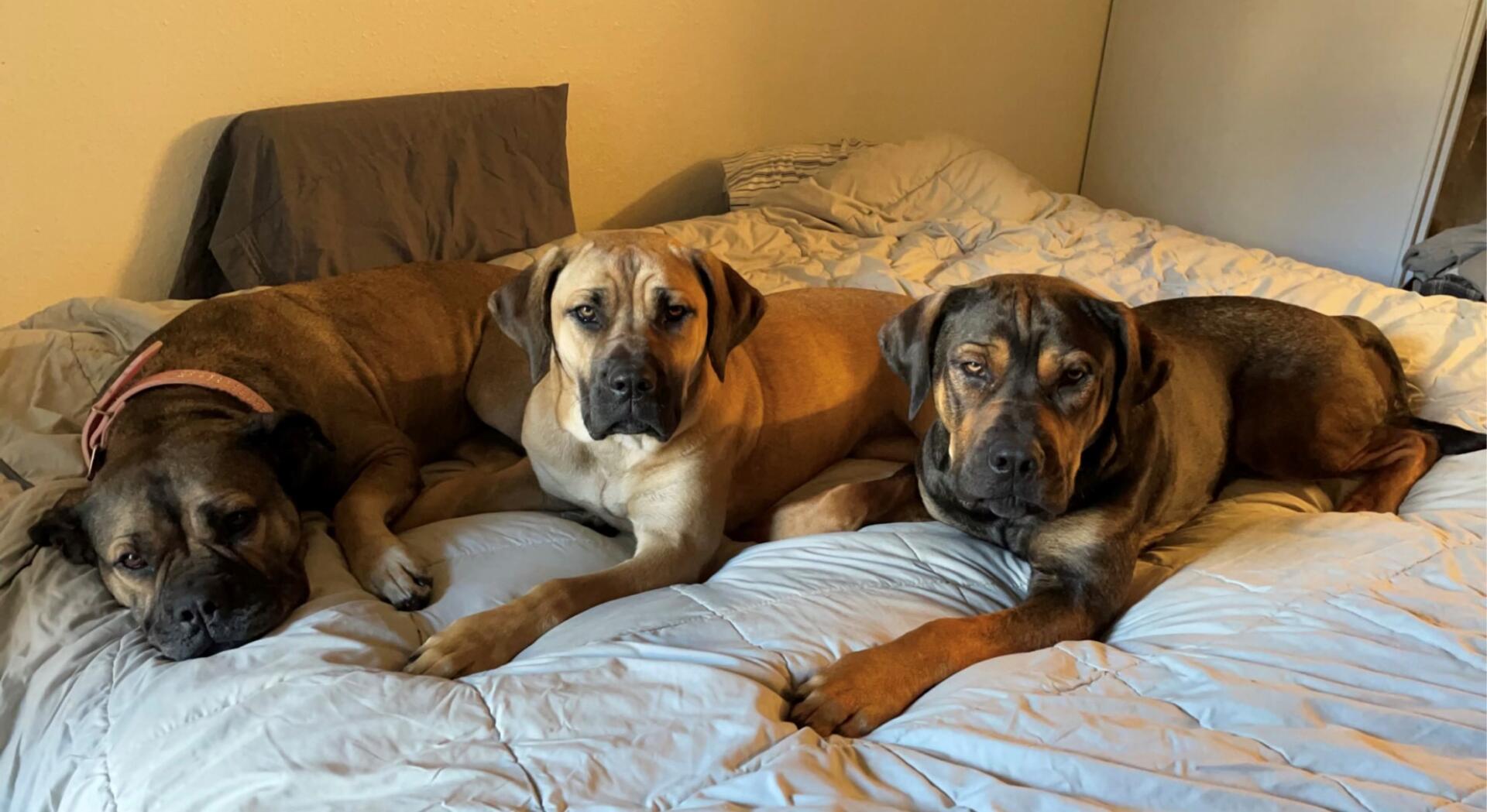 Ollie might seem like a tough guy, but he is a love while hanging out with his dog-sister and dog-mother!  Ollie’s human Dad noted that he started vomiting and suspected he had eaten something he shouldn’t have.  Radiographs revealed suspicious material in Ollie’s stomach and intestines that were blocking his intestines.  Ollie’s Dad didn’t have the money for surgery and so started some funding campaigns, but Ollie was getting worse.  The team at SAGE Veterinary Centers Campbell and Dr. Melissa McPherron, a board-certified veterinary surgeon, performed the surgery after SAGE Compassion for Animals was able to offer a grant for Ollie’s care.  Ollie had eaten fabric and plastic that caused a perforation in his intestines – Dr. McPherron was able to remove that damaged intestine and the foreign material and Ollie is home doing well!  He even got neutered at the same time so that he won’t be adding members to his little dog-family!