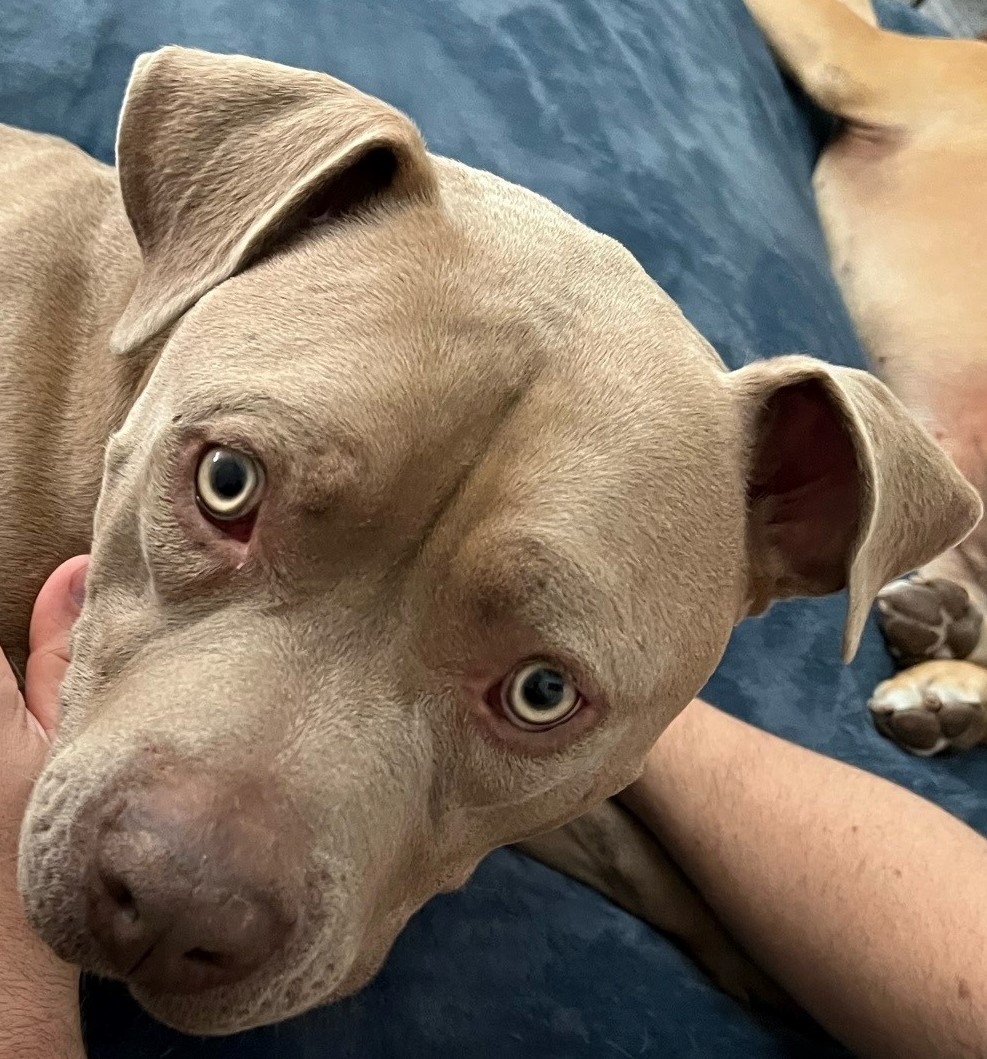 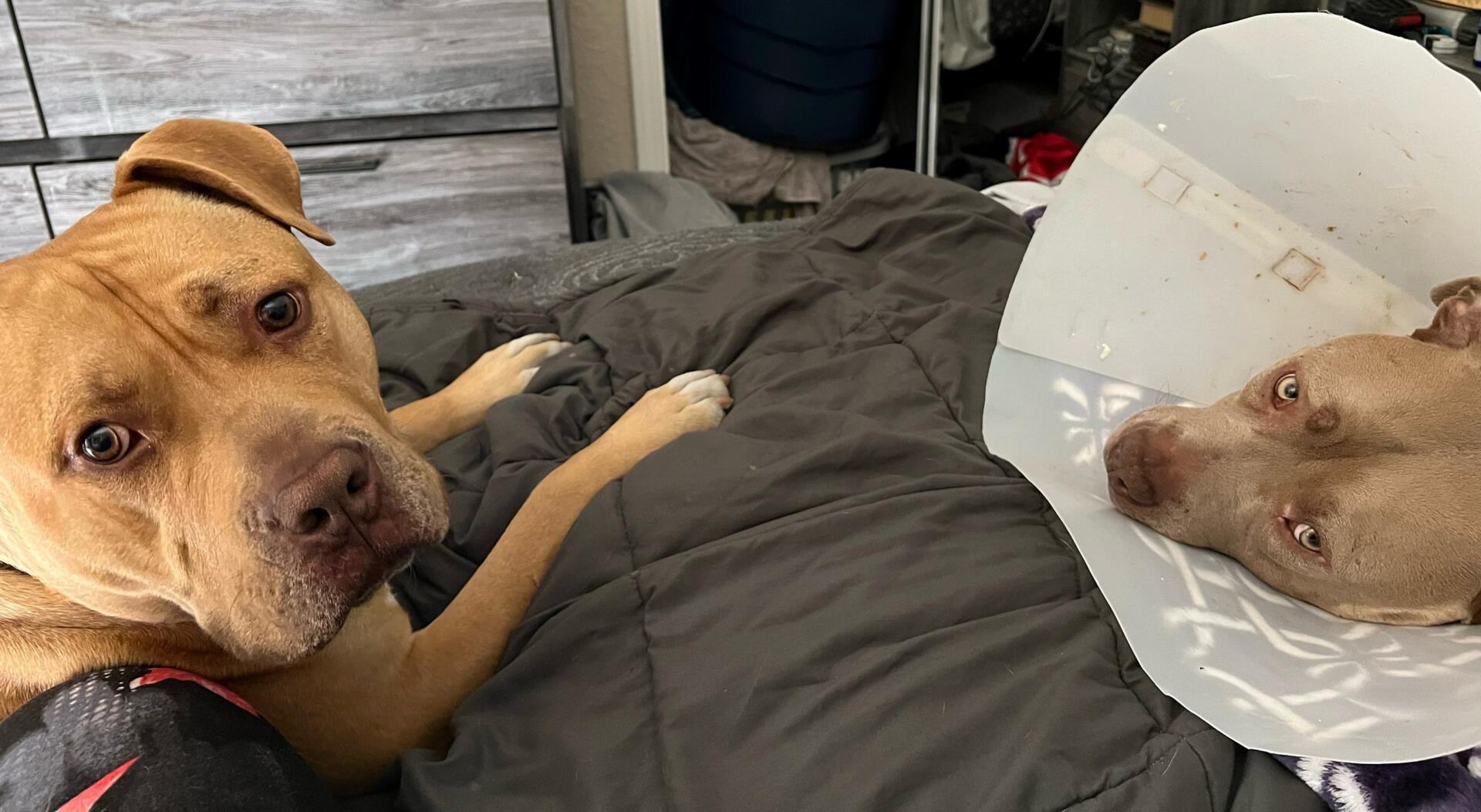 Pi was supposed to be getting into the car when he saw another dog across the street and wanted to play!  At that time, another car was coming down the street at about 40 mph and hit Pi!  His pet parents immediately brought him to SAGE Veterinary Centers in Concord where he was stabilized.  Unfortunately, his left hind leg was severely traumatized and amputation was recommended.  SAGE Compassion for Animals was able to help fund the surgery and now Pi is home recovering with his dog brother Buddy.  Pi doesn’t much like his “cone of shame”, but is back to giving kisses!

Pi’s unusual name comes from when he was adopted from the shelter, he was named “Pie”.  His pet parents tried to change his name to Blaze, but he wouldn’t respond!!  So, they decided to name him after a number – much more sophisticated than being named after a dessert…..