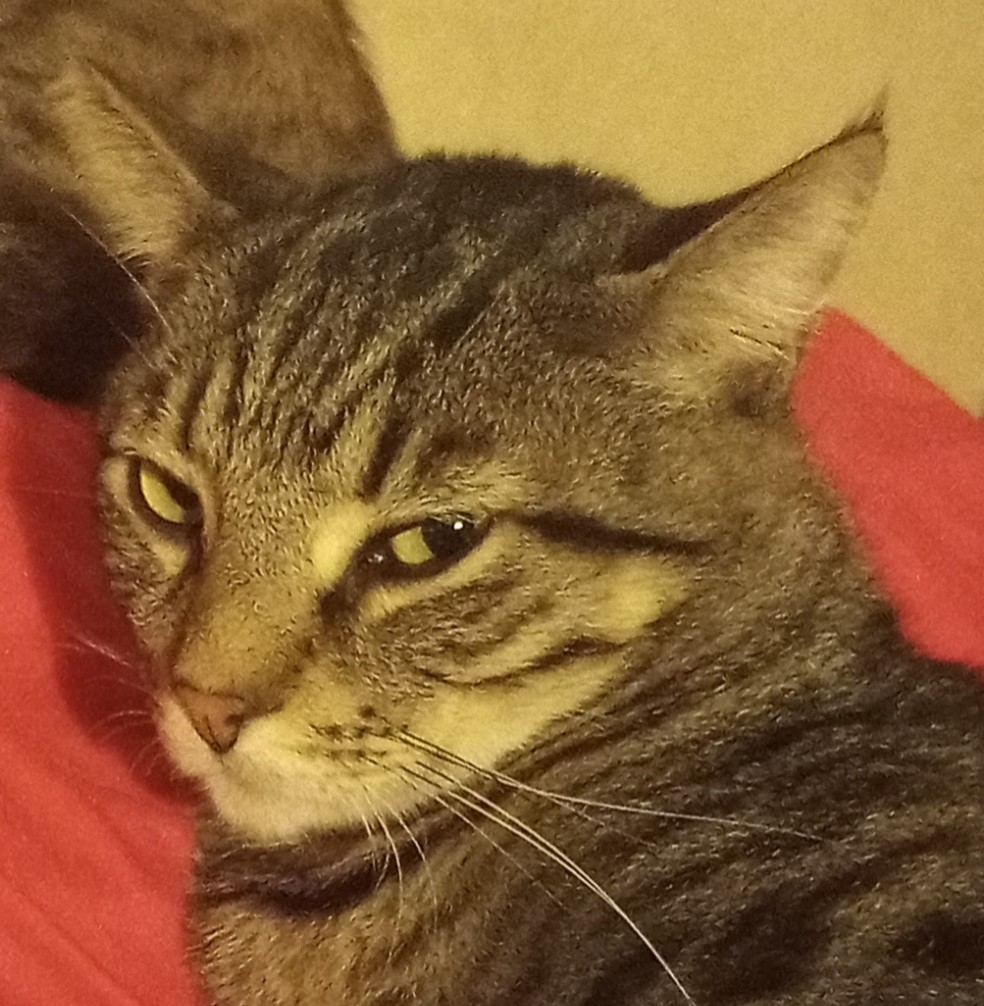 Shade’s pet parent thought that he was having trouble pooping when he spent so much time in the litter box, but Shade couldn’t urinate!  Shade had a very common disorder in male cats where crystals had formed in his urinary system and then blocked his urethra (tube from bladder to the outside).  This had actually caused some kidney damage before Shade could be unblocked on emergency under anesthesia.  Luckily, his kidney damage was reversed with fluids, but the concern was that he could block again.  There is a surgery to create a larger opening for male kitties with this problem, called a perineal urethrostomy (“PU”), but it is costly.  The team at Humane Society of Sonoma County reached out to SAGE Compassion for Animals and a grant was given to get Shade the surgery he needed.  Now he is at home, throwing his own style of Shade!