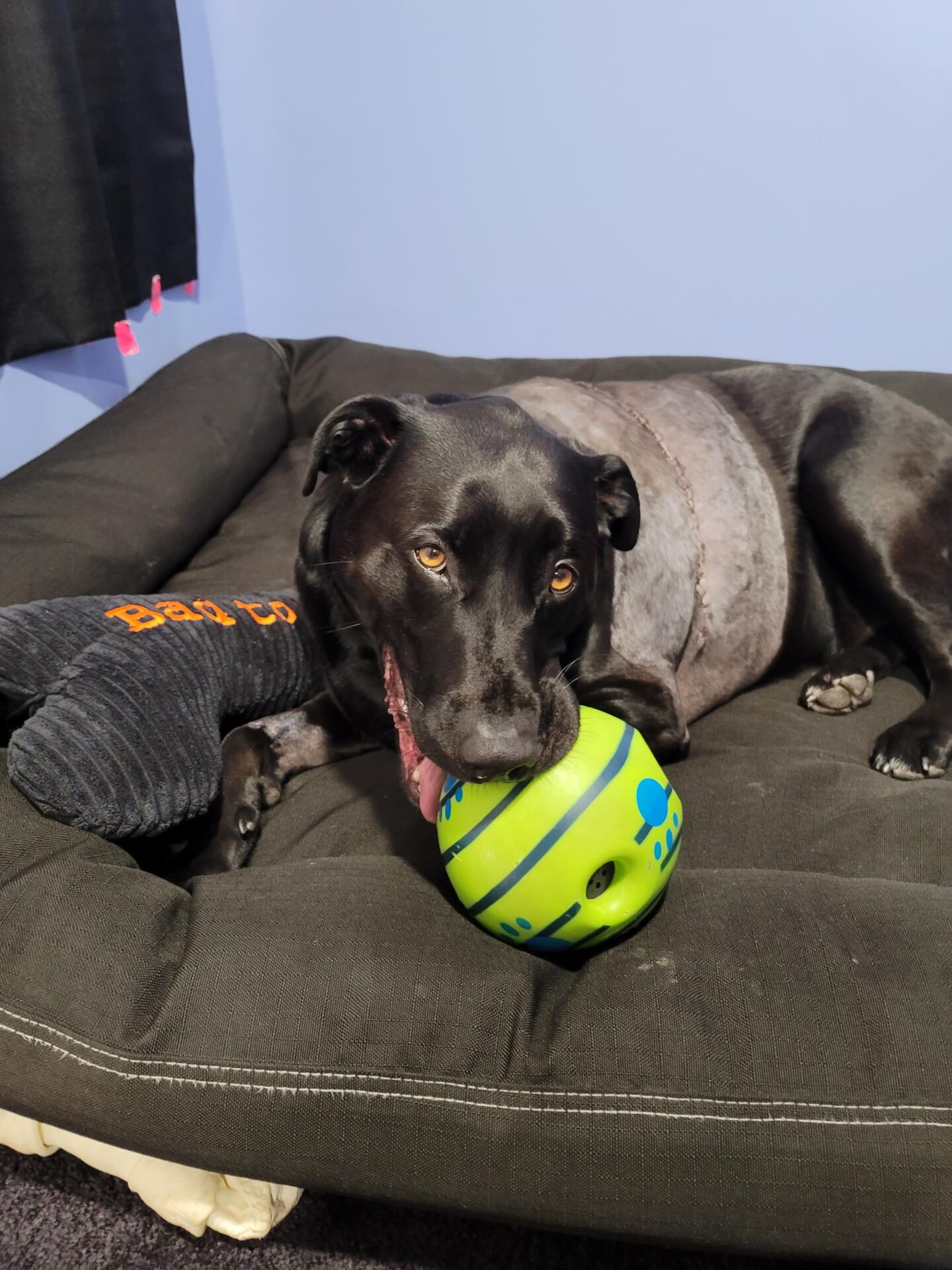 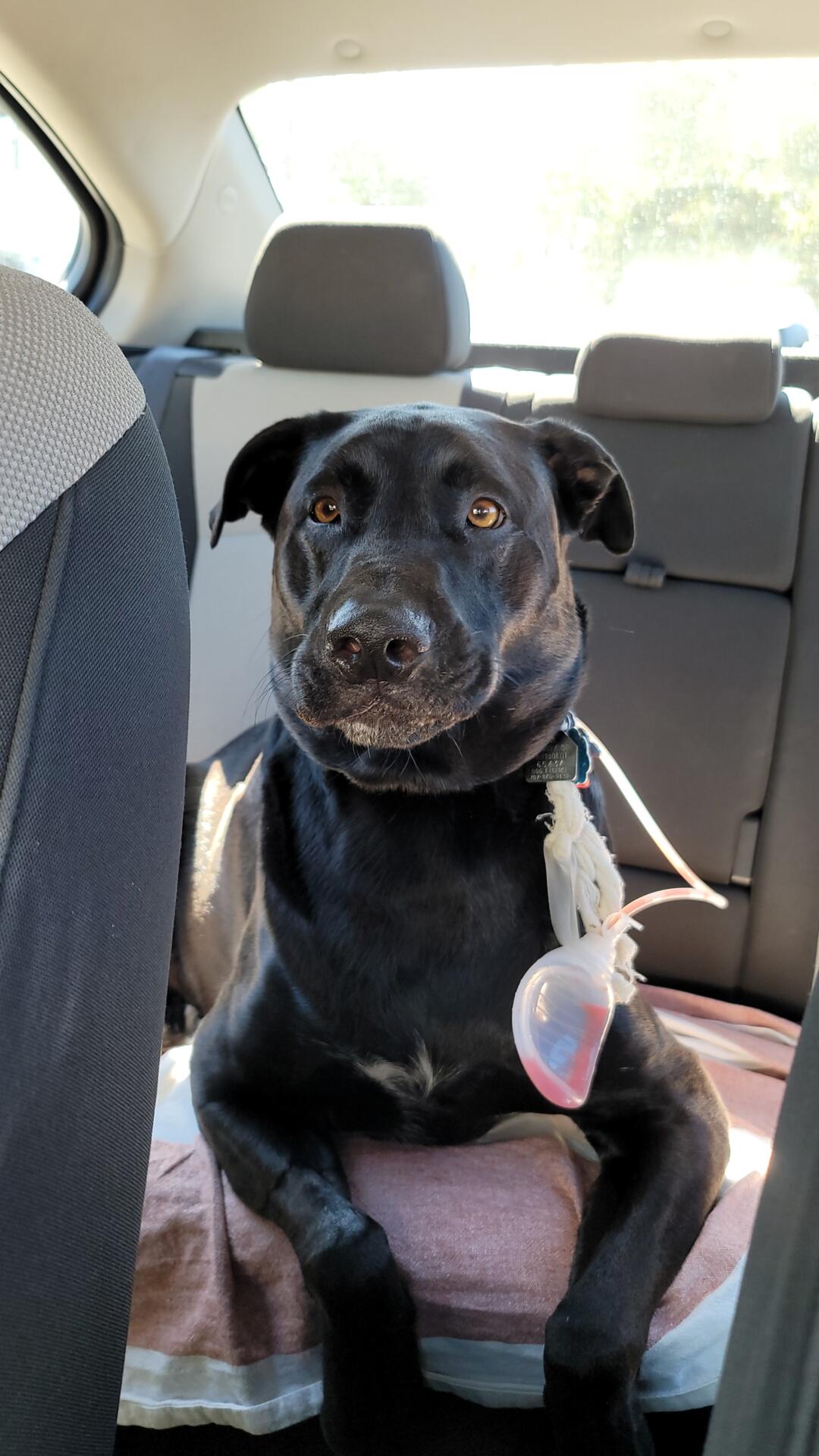 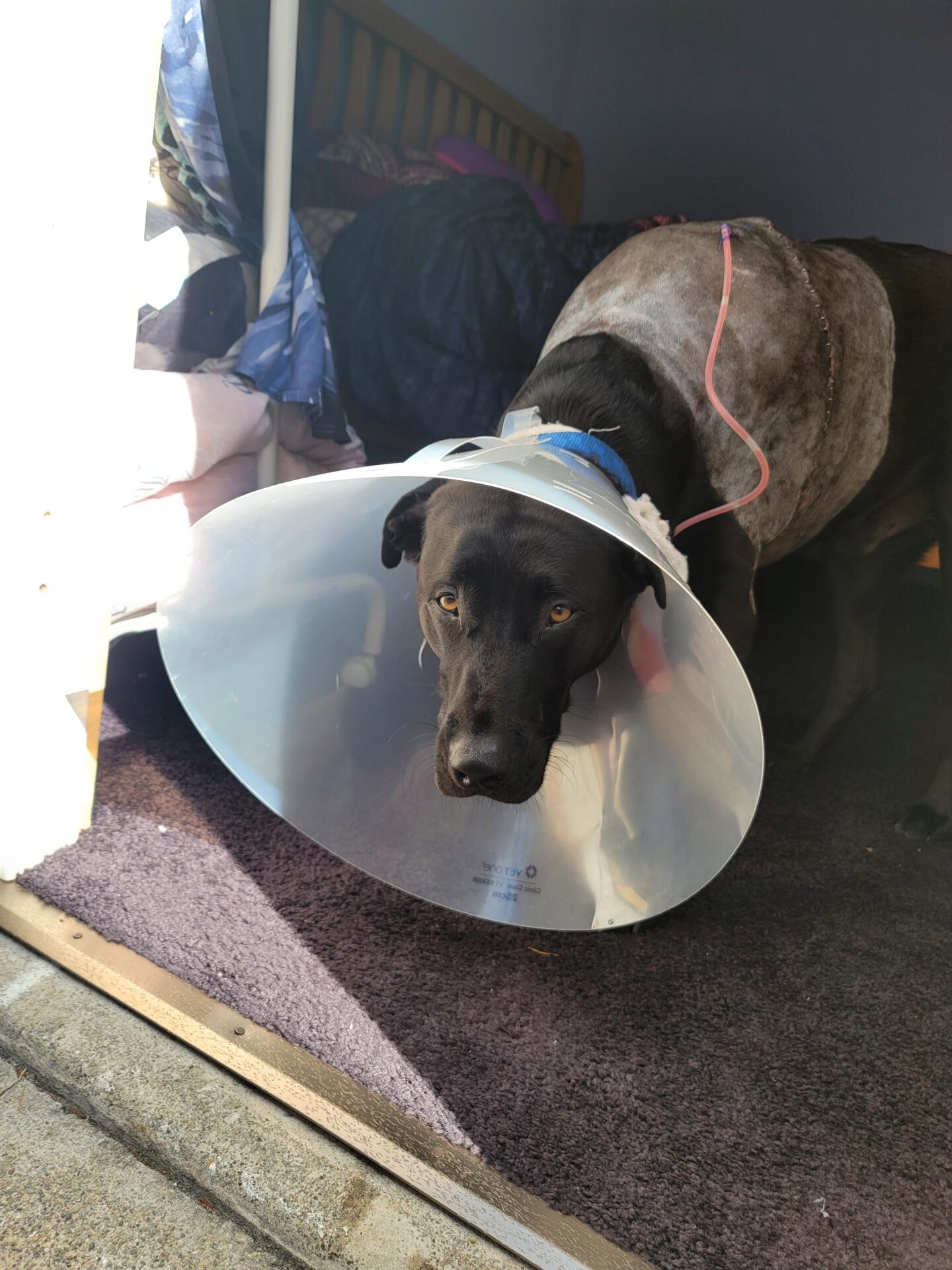 Shadow Boy had this lump near his shoulder since he was a puppy and did not seem to be causing an issue.  Earlier this year it started to grow and Shadow Boy’s mom became concerned.  The lump was unusual and so Shadow Boy was referred to SAGE Veterinary Centers in Redwood City to see Dr. McCoy, a surgeon.  She felt that she could remove the lump and then find out what might have been causing the issue as the tissue seemed infected.  SAGE Compassion for Animals was able to provide the financial assistance needed to get the surgery performed and Shadow Boy’s surgery was successful – the culprit appeared to be an infected microchip!  While this is rare, any foreign material in the body has the chance to get infected and really needs to be removed.  Shadow Boy is home recovering and stay tuned for more about his recovery!