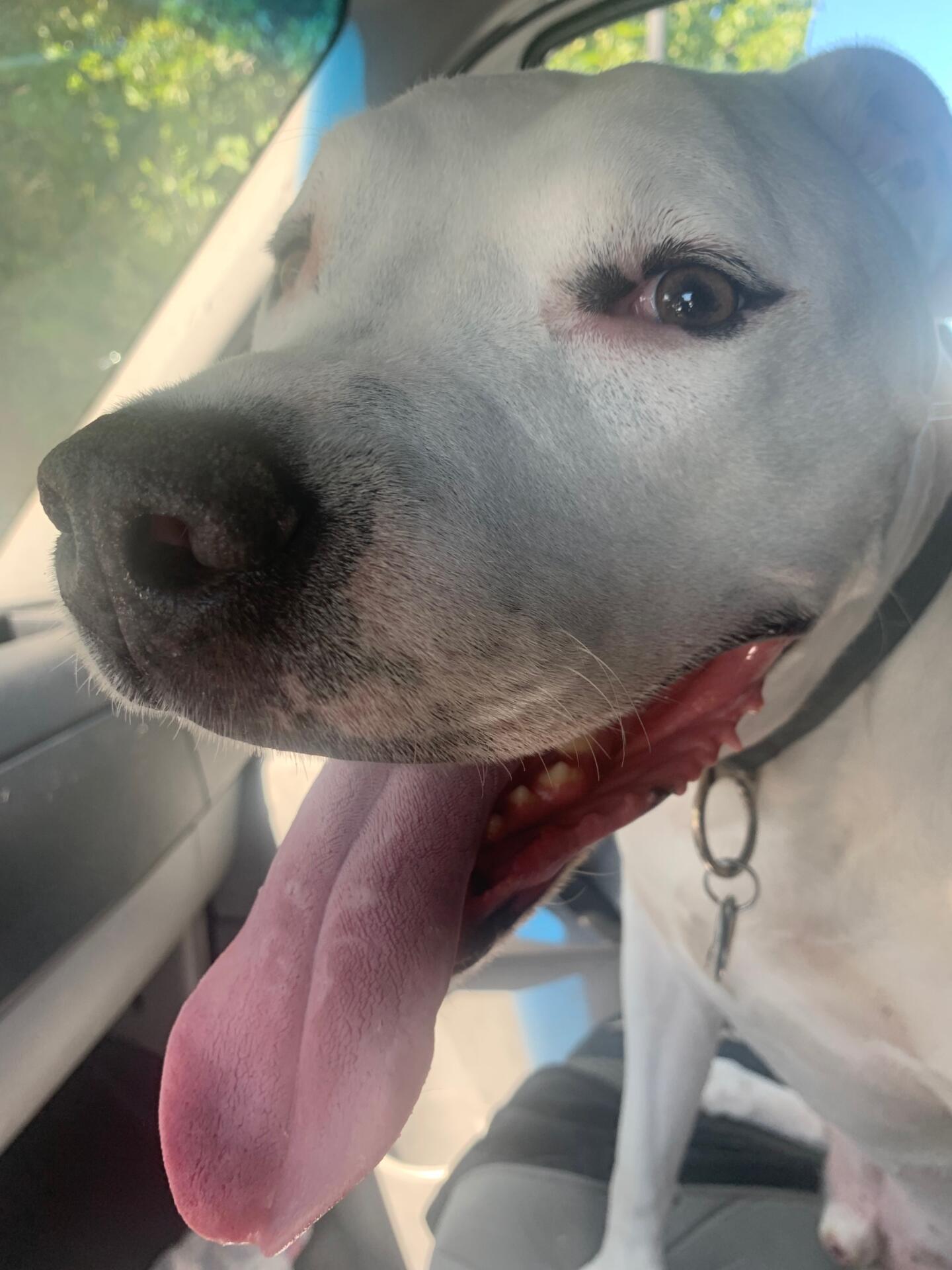 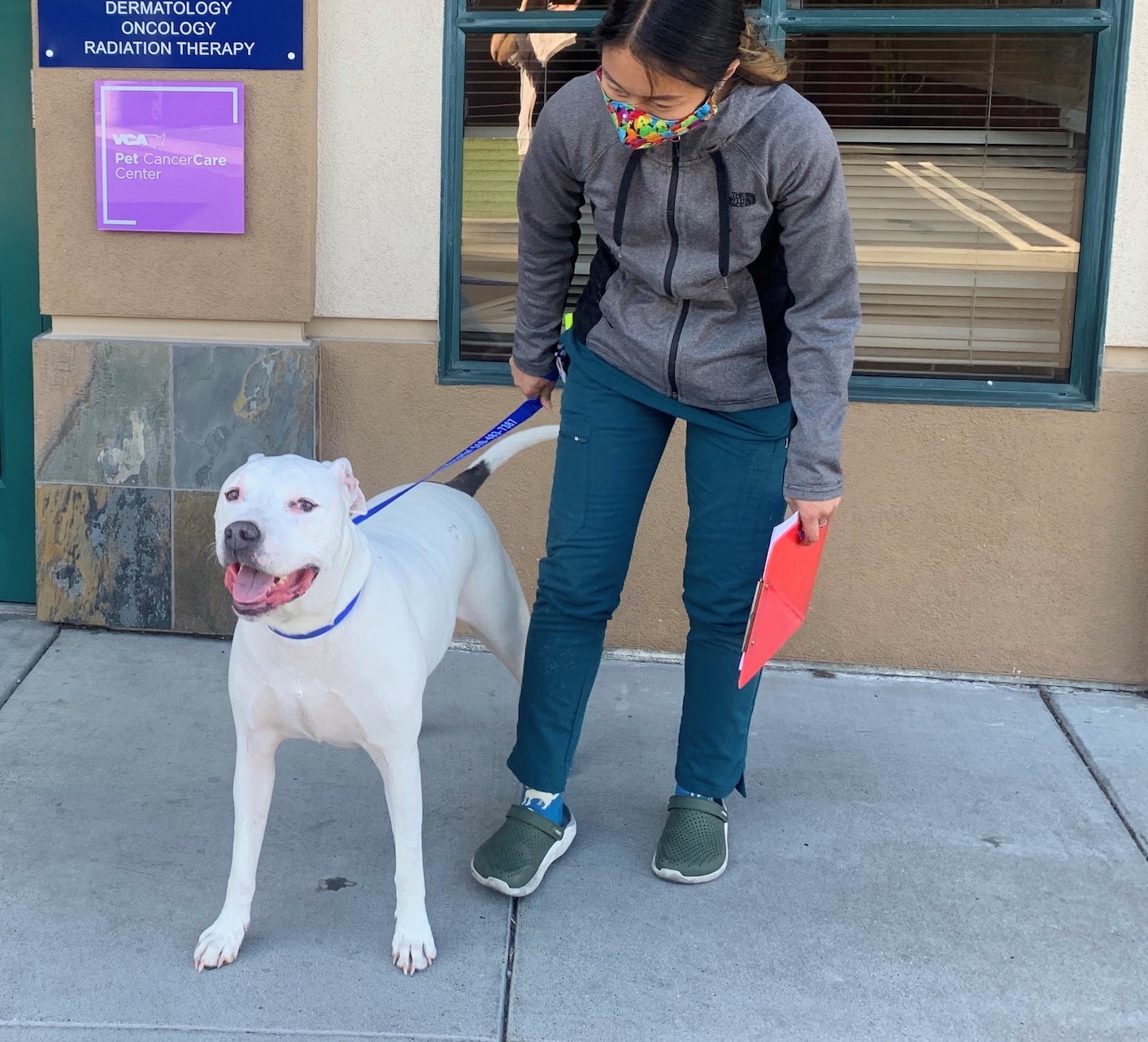 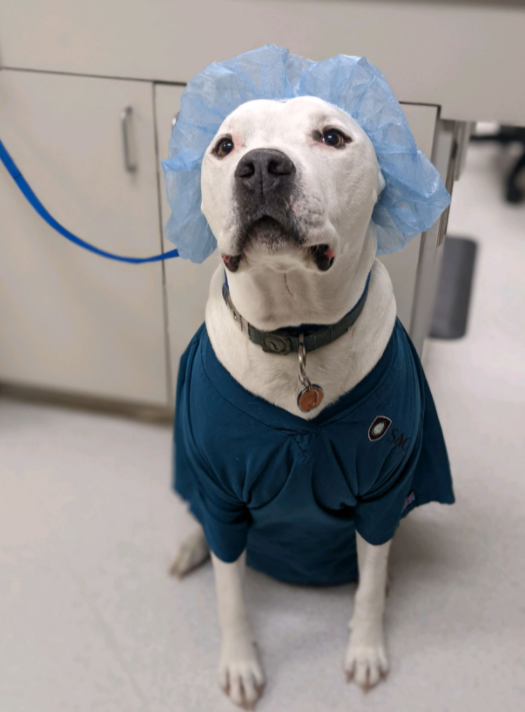 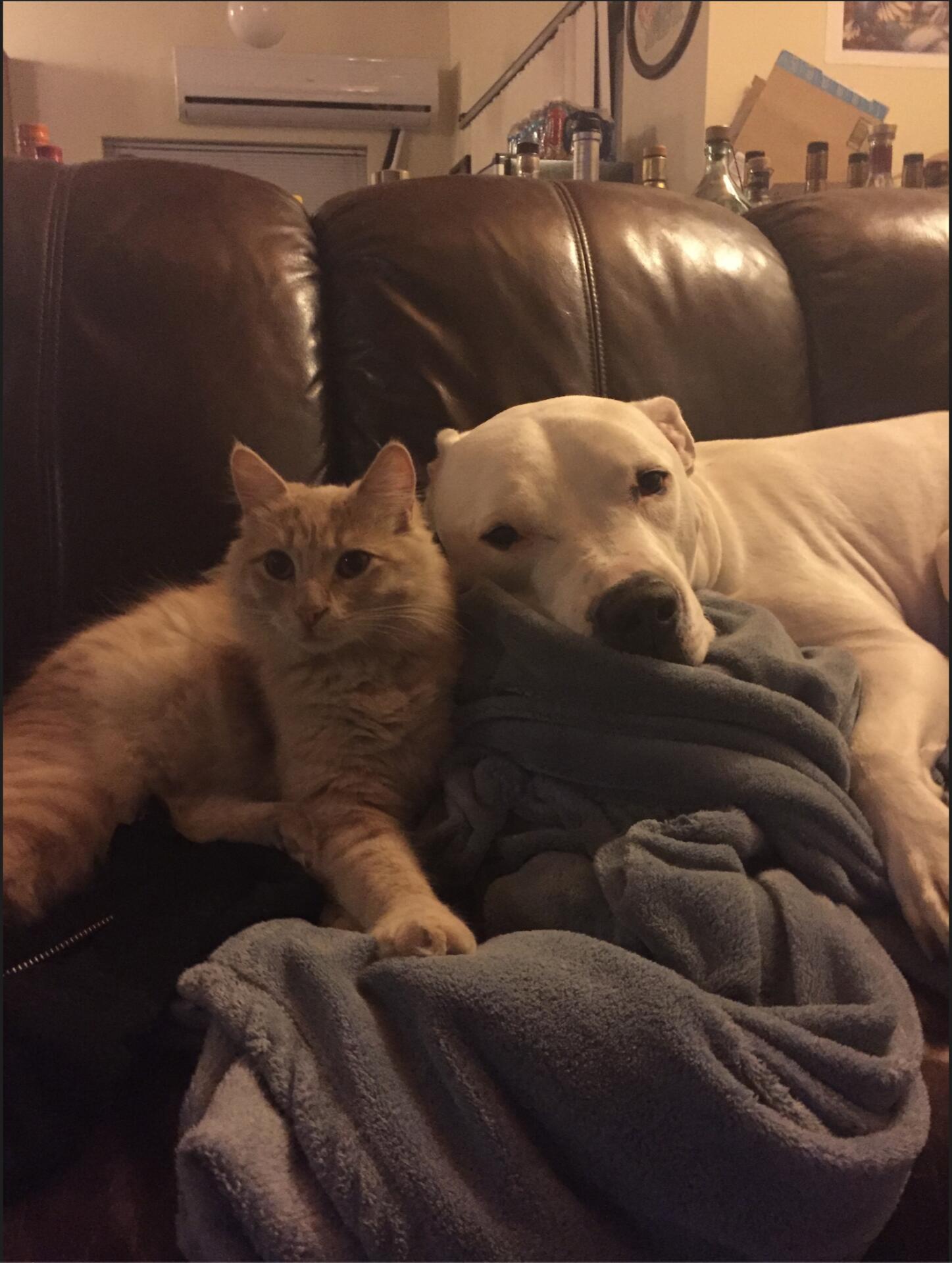 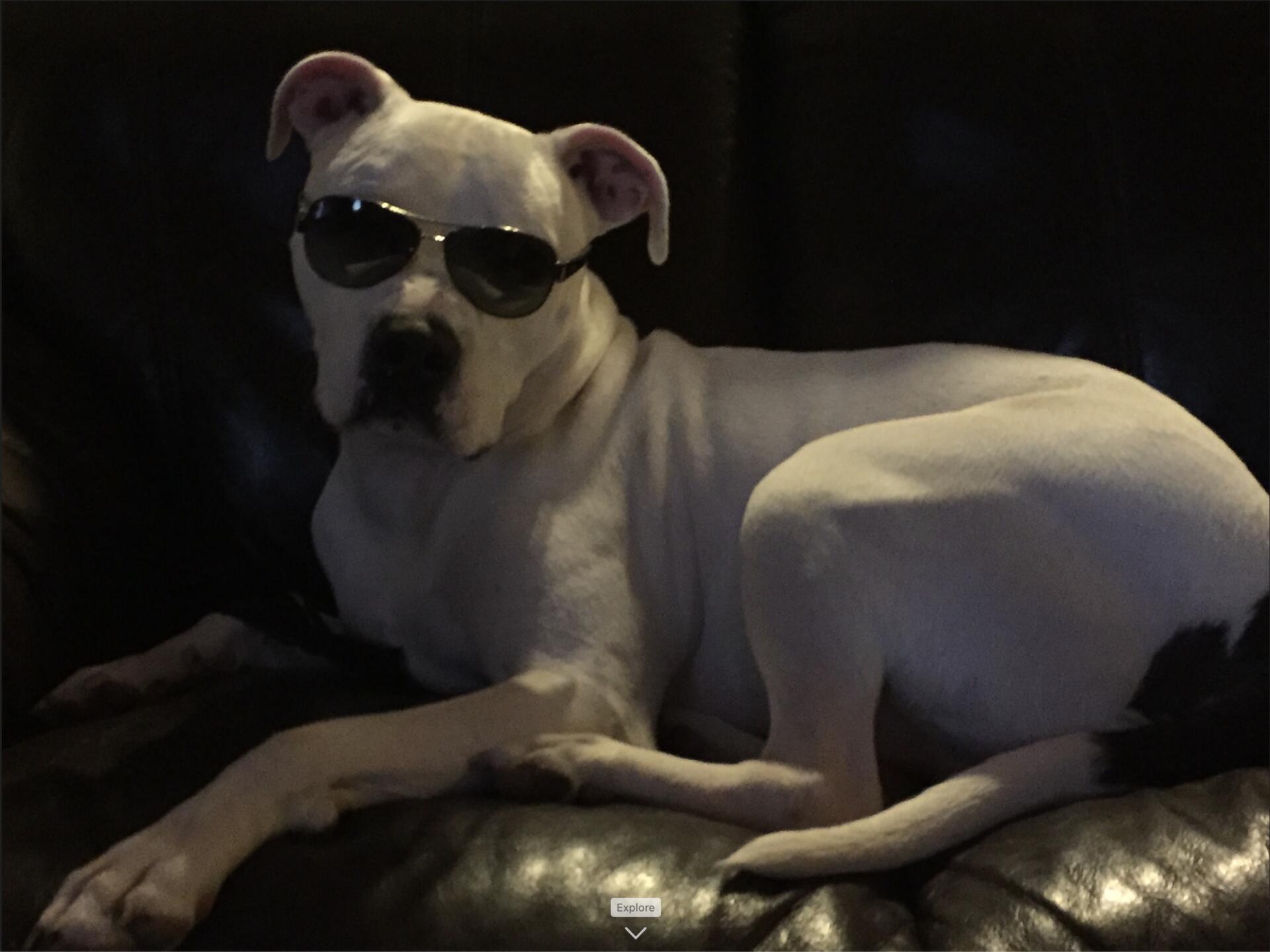 Ted is a 7-year-old pitbull who had surgery for low-grade mast cell tumors. Brian, Ted’s dad, noticed Ted had a lump a few days after a visit with their regular veterinarian. A fine needle aspirate was performed, which means a needle was inserted into the mass to collect cells for review. The aspirate came back as a mast cell tumor. Mast cell tumors are a cancerous process of mast cells, and account for between 15%-20% of skin cancers. You can read more about mast cell tumors on our blog, here. Ted saw a few veterinarians before making his way to SAGE Veterinary Centers Campbell. Brian found SAGE’s oncologist, Dr. Regan, who is on the advisory board for an injectable medication called Stelfonta. Stelfonta is a non-surgical option, which involves an injection of Stelfonta directly into the tumor. Unfortunately, it was determined Ted was not a candidate for Stelfonta, which can happen in some cases. Dr. Regan recommended Ted to have the mast cell tumors removed with surgery. This was not only more invasive but also more costly. Dr. Regan helped refer Brian to us at SAGE Compassion for Animals. We were happy to provide the support needed to get Ted his surgery. Brian will have to monitor for any future growths, but Ted is recovering well at home. Ted was adopted as a puppy at 2 months old, and was Brian’s first dog. Brian now has insurance for Ted, so that he can provide any treatments Ted needs. Brian says, “Ted is a tank, but he’s also a ham. I am so glad I found SAGE Compassion for Animals, and Dr. Regan who was the nicest oncologist.”