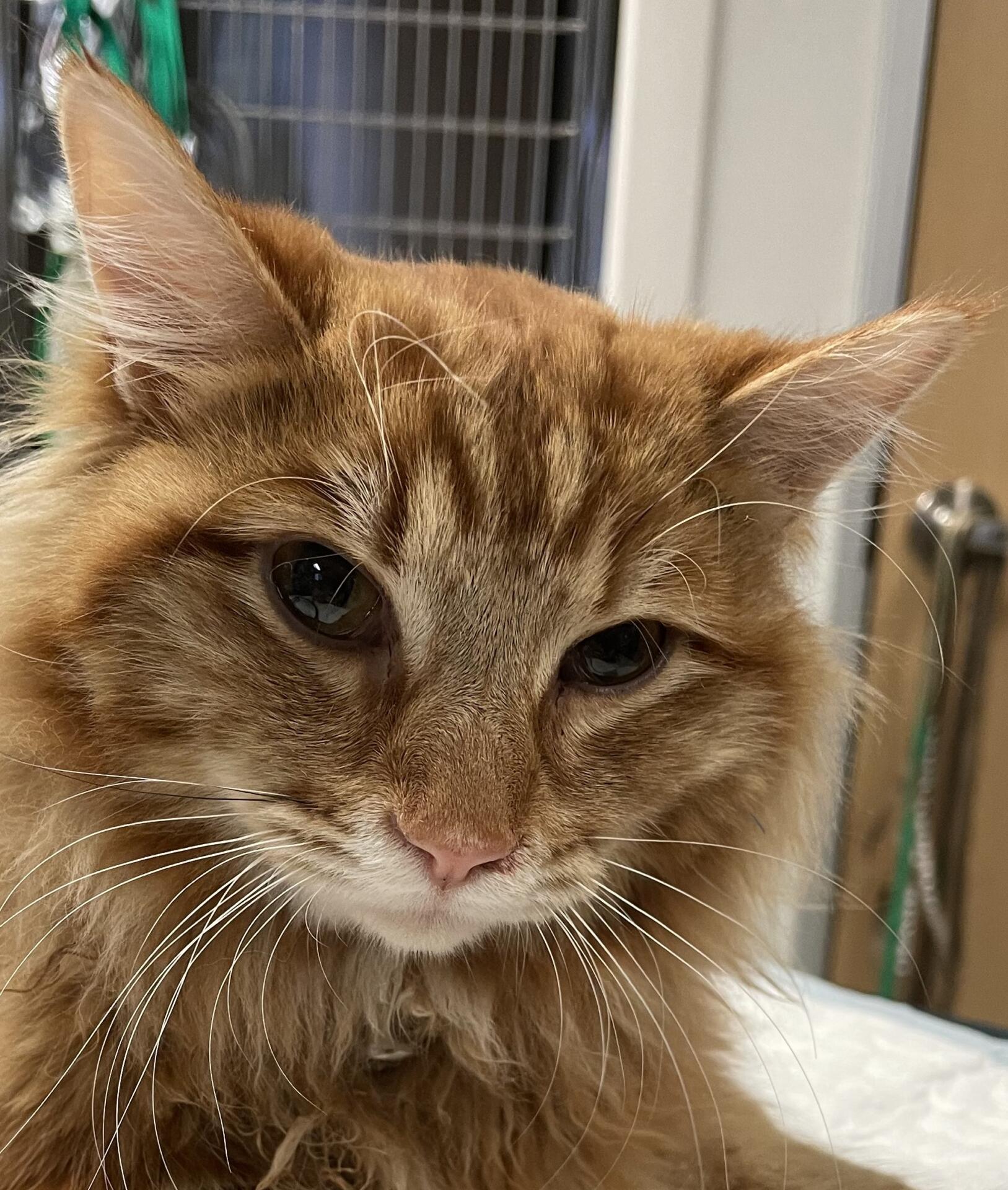 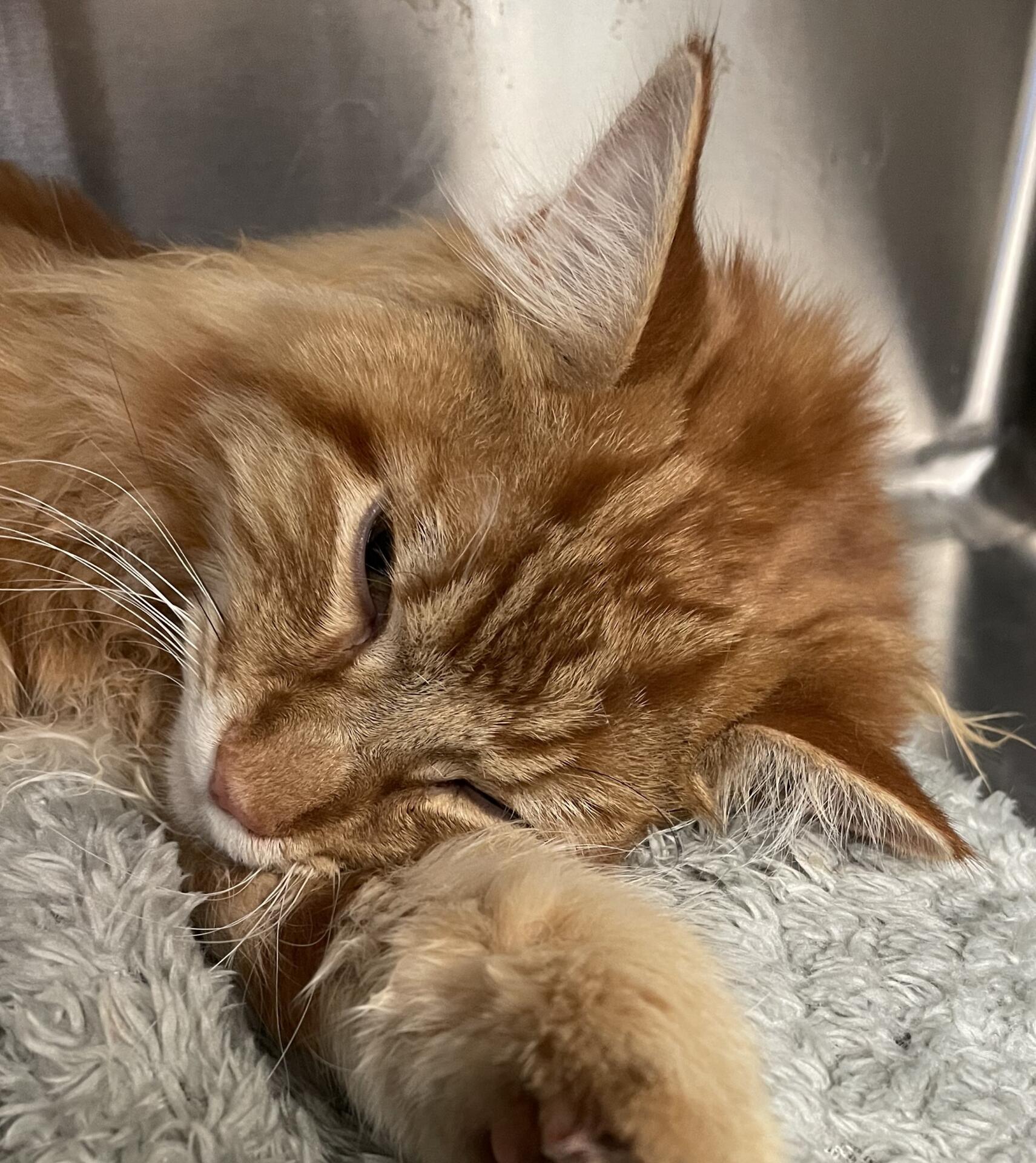 Theo, a 9-month-old orange kitty, started vomiting just a couple of times, but then was vomiting multiple times an hour.  His mom brought him to SAGE Veterinary Centers Campbell that night and he was so dehydrated that his kidneys were damaged.  The team started him on IV fluids that night and his kidneys were much improved by morning – and they found that he had a foreign body obstructing his intestines that needed surgery that day.  Theo’s mom had her own medical issues and did not have the money for surgery, so she reached out to SAGE Compassion for Animals to help because Theo was her “baby”.  He was able to get surgery that day and is at home recovering well!