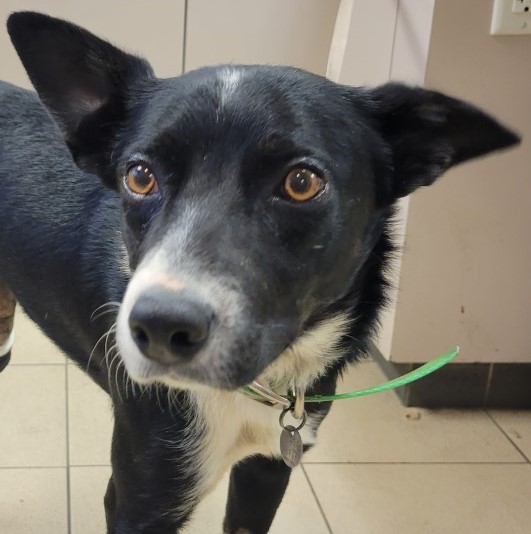 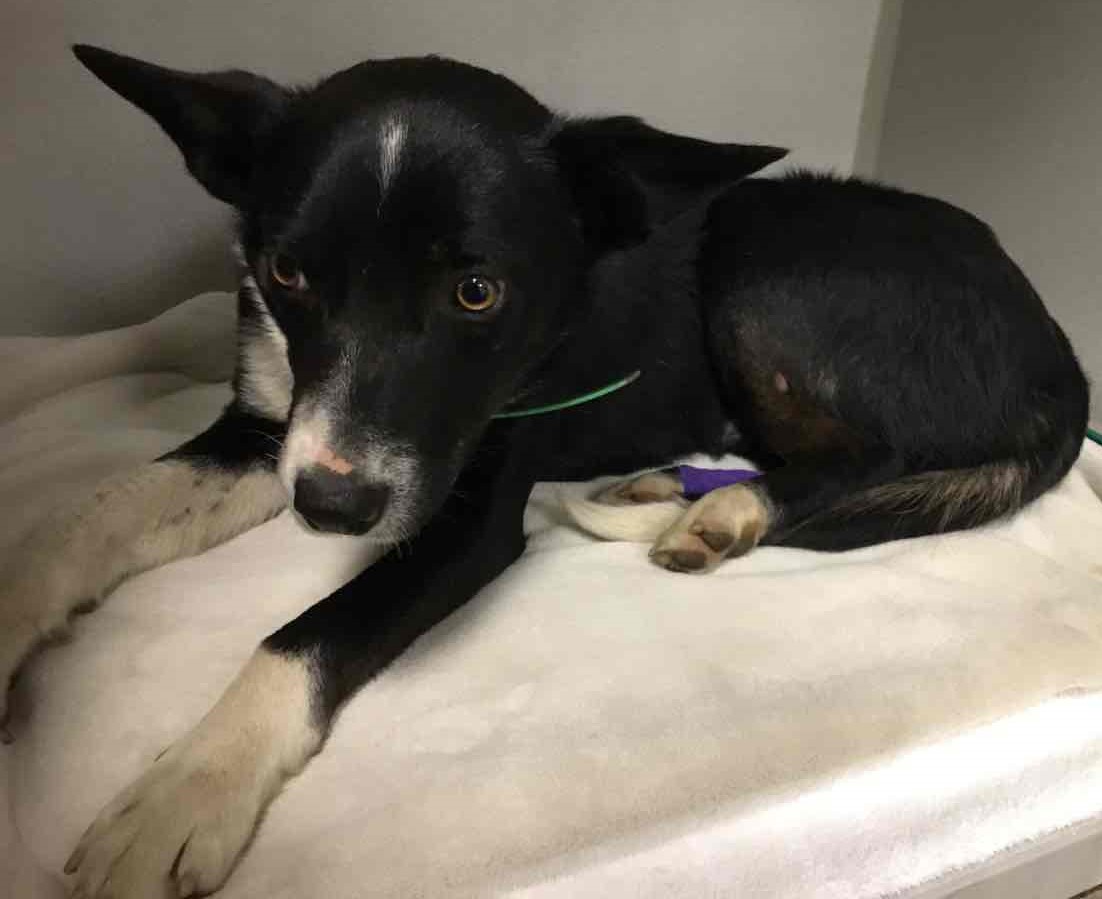 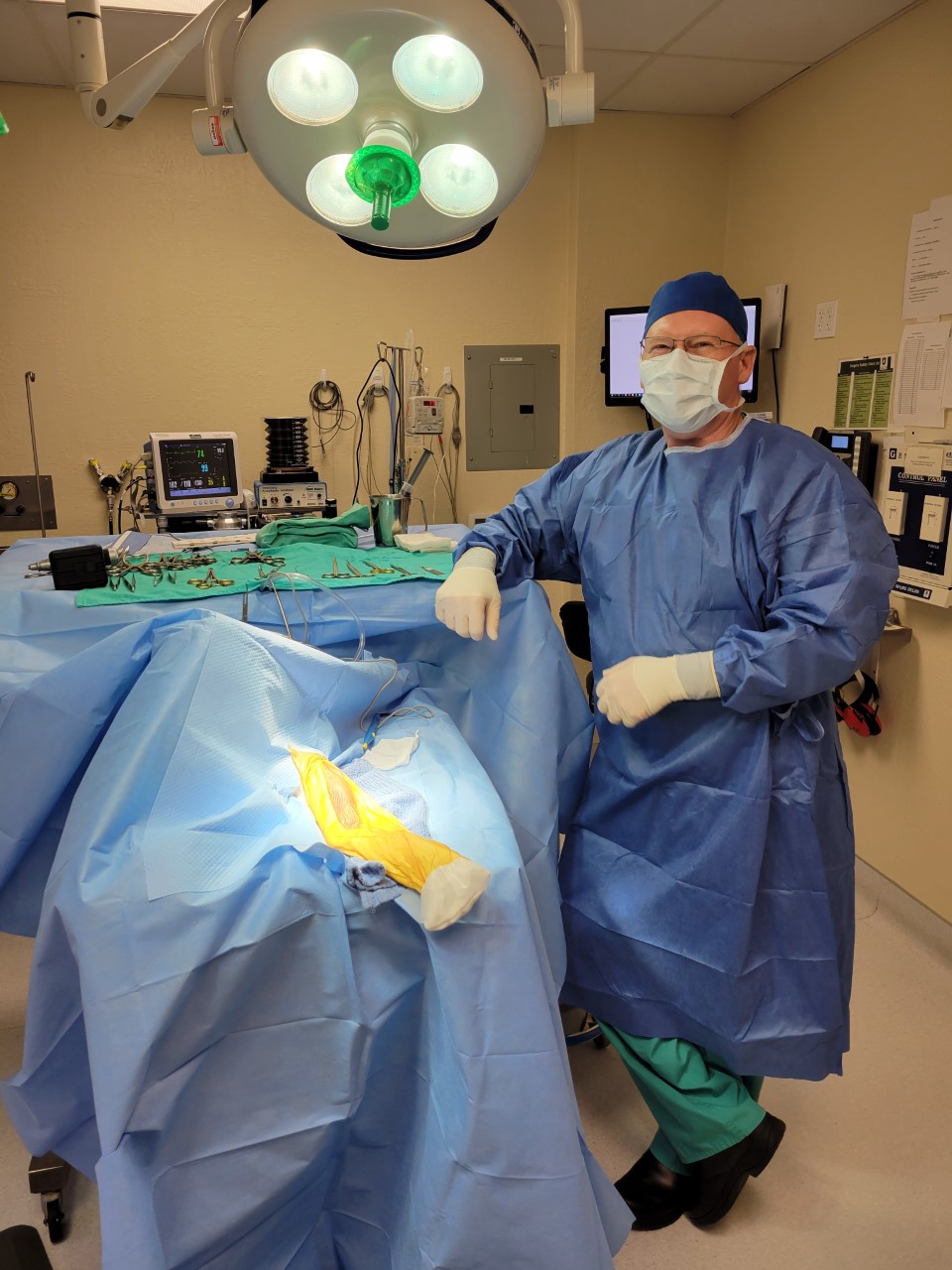 This is Toto, a one-year-old McNab who broke his tibia (shin bone) after a run-in with a bull! Toto helps to move cattle on his ranch and the Grudin family says he is exceptional at what he does. Dr. Aitken, from SAGE Veterinary Centers, was Toto’s surgeon. Dr. Aitken happens to be an ex-rodeo bull rider who said, “My past experience on top of and under bulls really helped me understand what Toto was going through!” Toto’s family was devastated as a result of the injury. Mr. Grudin said, “Toto is a once-in-a-lifetime dog. He is my son’s friend but he also works for me. I’ve only had one other dog like him.” Mr. Grudin explained that Toto is not only a pet, but a working dog. This can make the life of a dog owner difficult when you have to look at the well-being of the ranch as a whole. When the Grudin family found out the cost of surgery, they knew they would need help. Thankfully, they were connected with SAGE Compassion for Animals. We were able to grant money for Toto to have his fracture repaired. This was the most favorable outcome his family could have hoped for. They are very grateful for the help and Toto is making a full recovery. Toto is on rest right now, but Mr. Grudin said, “Toto has never lost his edge, he is tough and able to do the job. He is a phenomenal dog.”